Summary: If you want to visit some holy places during your Vijayawada trip, the best place you can choose without any doubt whatsoever is the Kanaka Durga Temple.

Kanaka Durga Temple respectfully called as Kanakadurgamma temple is located on the banks of the Krishna River. It is actually a hill-based temple as the goddess is rightly blessing the people from atop the Indrakeeladri Hill. The special thing about this deity is that she is self-manifested. This means that she was not made by artisans, but her idol was found in the hill naturally. The temple holds the honour of being the second largest in the state of Andhra Pradesh and one of the largest temples in the entire nation.

Reason behind the name of the deity:
During the Krithayuga goddess Durga killed the demon named Mahishasura, who was creating great troubles to good people in the world. This brought her the name as Mahishasura Mardhini, meaning destroyer of Mahishasura. Then, the goddess showed herself in the Keela Mountain with eight arms as she promised to a yaksha named Keela. When she reached Keela Mountain in the form of Mahishasura Mardhini, she had eight arms and she appeared in golden colour for the devas. The chief of devas, Indra started praising the goddess as Kanaka Durga as she was looking in golden color and started worshipping her daily. This is the reason behind the name of the goddess.

History of the temple:
As mentioned earlier, there was a yaksha named Keela and he was terribly punishing himself to get the direct view of the goddess. She was pleased by the prayers of Keela and asked him to tell his desire, so that she will do it for him. Keela requested that the only favour he wanted from the goddess is that she should always be in his heart. The mother replied that she gives Keela the blessing of being in the same place in the form of mountain (presently called as Indrakeeladri Hill) and she also promised that in Krithayuga, after I kill demons, I will remain in your heart from thereon.

As promised to Keela, during the Krithayuga, the mother killed Mahishasura and appeared in the Keela Mountain in the same form with 8 arms. As she was glowing in golden colour, the mountain also looked golden and was called as Kanakachala, which means golden hill. Then, it got the name as Indrakeeladri because all devas inclusive of Indra were performing prayers towards the goddess in Keela hills, which means Keeladri, the name of the mountain turned out to be Indrakeeladri.

IndraKeeladri became a sacred place of worship right from the Krithayuga and once Brahma Deva thought that Lord Shiva should also be present in the mountain to make it further holy. So, Brahma Deva started praying Lord Shiva to make his presence near Kanaka Durga Temple, by performing Sata Aswamedha Yaga. Pleased by the Prayers of Brahma Deva, Lord Shiva, also called as Maheswara rested in the form of Jyothirlinga on Indrakeeladri. Brahma Deva continued to pray the deity of Maheswara with jasmine flowers, which is called as mallika in different languages. As mallika flowers were used for performing prayers to the Maheswara in this hill, the lord got the name as Mallikesa.

Then, years passed by and during the Dwaparayuga, one of the pandava brothers, Arjuna was offering terrible prayers to lord Parameswara for seeking Pasupastram, which is a weapon. The lord wanted to test the dedication of Arjuna towards his goal of attaining the weapon and so he fought with Arjuna. As the lord fought with the eminent Arjuna without any fear, he was called as Mallikeswara and as he was pleased with the dedication of Arjuna, offered him the requested weapon.

Again, years passed by and then came the Kaliyuga, during which Jagadguru Sri Adhi Sankaracharya came to know that the Malleswara lingam was in bad and invisible condition. So, he reinstalled the swamy at the northern side of the temple of Goddess Kanaka Durga. From thereon, both the goddess and the Lord Mallikeswara are being worshipped by the devotees. As the goddess was the first to appear in this hill, the temple is called by her name as Kanaka Durga Kshetra. Inscriptions in this temple shows that the lord and the goddess performed many leelas in this place and so it is considered to be a powerful temple that satisfies the materialistic wishes of the devotees, besides satisfying their final desire of birth-lessness.

When the hill came in the way of the Krishna River, request was made by the gods to allow a place for the river to pass through the hill, so that she can reach the ocean. But, the river as she was faster, occupied more space and took a part of the hill along with her when flowing through the hill. This is why at a distance of about four miles from the Indrakeeladri, there is a small hillrock called as Thelukonda, which means floating hillrock.

At the end of Kaliyuga:

It is also stated that the Durga Devi borrowed the nose stud from Krishna River and as she did not want to give it back to Krishna, she is staying atop the hill. But, Krishna has promised that she will reach atop the hill at the end of Kaliyuga to take her nose stud back. This is why it is believed that there will be an excess water flow in Krishna River, when the end of Kaliyuga approaches fast.

Dasara Celebrations in the Temple:

Kanakadurga Temple is famous for its Dasara Celebrations, which are also called as Navaratri Celebrations. The most significant days are Saraswati puja at Mula Nakshatram Day and Theppotsavam at the last day

Below are the avatarams on the Navaratri Days.

How to reach the temple?
If you wish to get the blessings of this great goddess, there need not be any worry. The reason is that this temple is located right on the heart of the city of Vijayawada and it can be reached within just 10-minute drive both from the Vijayawada Bus Station and Vijayawada Railway Station. The city of Vijayawada itself is well-connected to different cities in India through different forms of transport like road, rail and air and it is located at a distance of about 275 Kilometers from Hyderabad.

Plan your visit to get your materialistic wishes come true with the blessings of Sri Durgamma and Sri Mallikeswara. 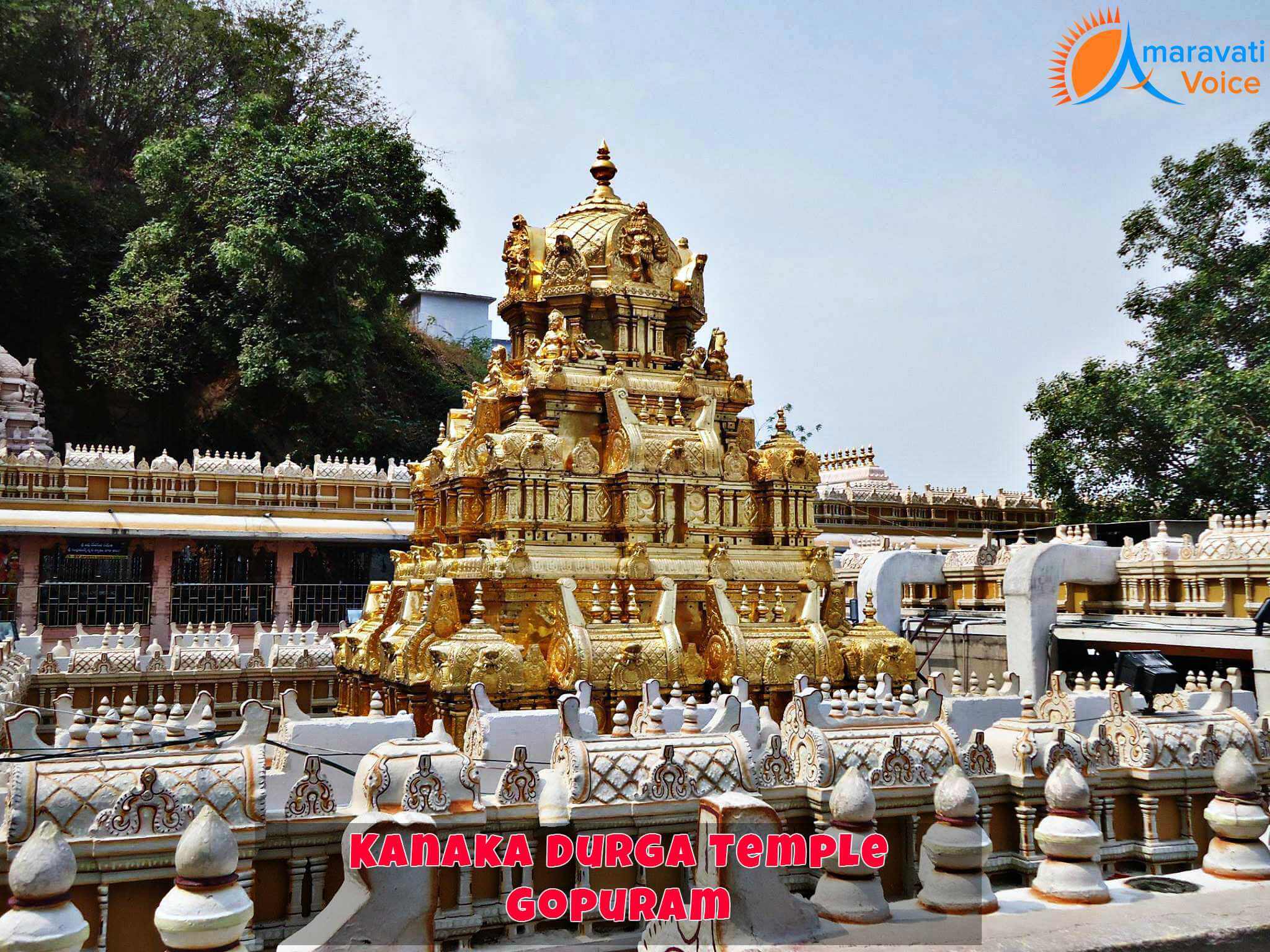