The Chief Minister reviewed the projects in the capital region at the review meeting with CRDA in the Secretariat. Projects with an approximate cost of ₹13,000 crore are being grounded in the next two weeks. Some projects are a part of Land Pooling Scheme (LPS) infrastructure, some are government complexes and some are trunk infrastructure.

The concession period will be 13 years instead of 17, with 3 years of construction and 10 years of operation and maintenance (O&M). Secondly, the share of the project cost will be 49% by the state government, and 51% by developers (as opposed 40% and 60%). The government will have an increased share, because the projects will not be making as much as revenue as NHAI projects. Lastly, the state government will give guarantees to provide for any shortfall in repayment of annuity.

StadiArena
StadiArena Amaravati Limited presented their proposal to create a state-of-the-art sports facility, to promote an international standard of sporting and leisure facilities.

“Andhra Pradesh will be able to host national and international sporting events, and the youth of our state will be encouraged to undergo training of high standard”, said the Chief Minister.

fficials said that 20 acres of land close to the river have been identified near the government complexes. The facilities include a multi-use sports pitch, and spaces and amenities for tennis, basketball, volleyball, yoga, table tennis, swimming, badminton and dance. There will also be facilities for medical science and rehabilitation.

The event will span across 15 days with a wide variety of events, making it an entire dedicated month including celebrations and preparations.

The Chief Minister was eager to take this project forward, and signed an MoU initiating the partnership between UIM Powerboat Racing and the Government of Andhra Pradesh.

Boyapati Srinu
Noted film director Boyapati Srinu presented his ideas to create a structure dedicated to Lord Venkateshwara. The Chief Minister appreciated his efforts and said, “The largest project in the country, the interlinking of rivers Krishna and Godavari, is completed within a year’s time only because of the blessings of Lord Balaji”.

He asked Mr. Srinu to follow up the project with officials from the irrigation and infrastructure departments. 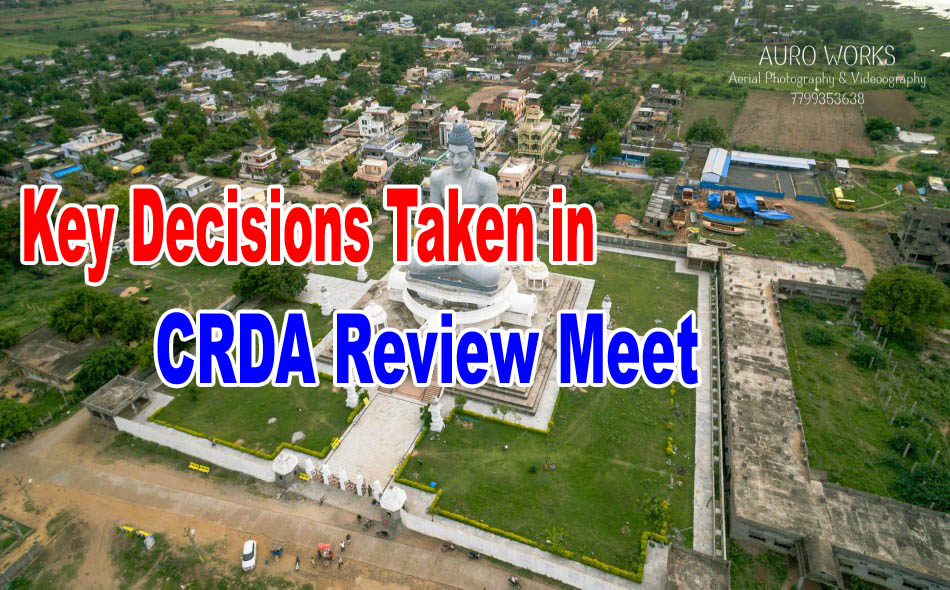