The much awaited fibernet project is going to be a reality soon. Chief Minister N. Chandrababu Naidu hinted at launching AP fibrenet project in a week to provide 15mbps net, phone and television at Rs.149 per month. This is the product launched as part of Digital India and would be the first state to provide internet to every household at a lowest price.

He said AP will emerge as another Silicon Valley soon by using information technology with Internet-of-things. Addressing the digital India conclave organised in Vijayawada on Friday, he said technology is no more a rich man's facility, it can be used for the welfare of poor. He explained the usage of technology for real-time administration quoting the successful conduct of Krishna Pushkaralu. 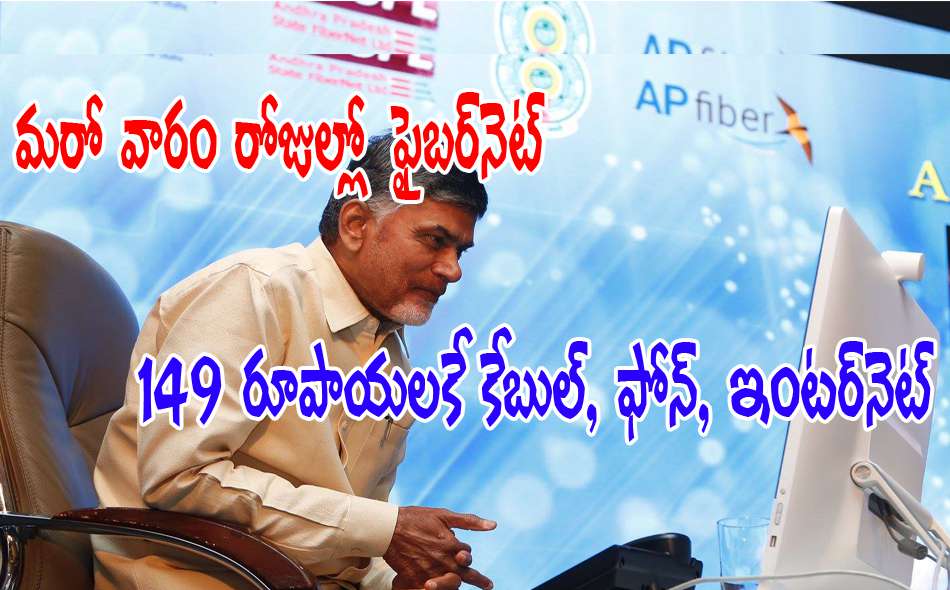